A man has claimed that his cousin was picked up and falsely accused of being one of the IPOB/ESN members who allegedly masterminded the attack on the Omuma Police station and Njaba Police Station respectively last week.

Gideon Dominics claimed that his cousin, Elvis Okafor, had returned from Church and left home not long after to buy foodstuff for his sick mum, but he didn’t return.

He was later pictured among those accused of carrying out an attack on police stations in Imo state. 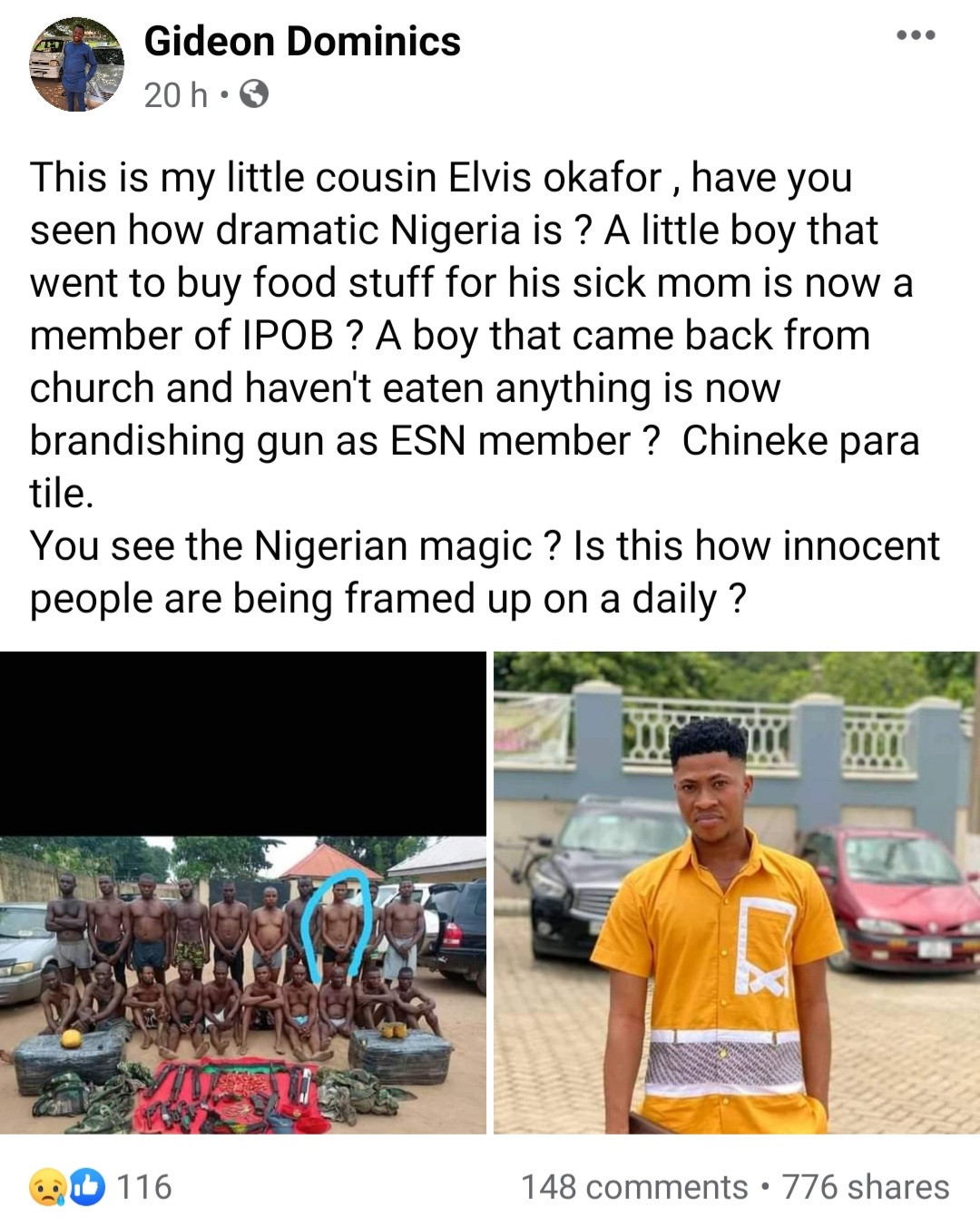 While parading the suspects, the police said the men stormed the police stations on two different occasions and, during the gunbattle, a Divisional Police Officer was killed while one of the suspects, Emmanuel Nnaji ‘M’ age 15 years, a native of Awala in Ideato South LGA of Imo State, was arrested with bullet wounds.

A statement released on August 2 by CSP Michael Abattam, spokesperson of the state police command, says on interrogation by the command’s tactical teams, “the arrested suspect gave a vivid description of a Hotel located in Orlu as were they, the bandits stayed, planned before they executed their dastardly act on the police stations. The suspect further stated that the owner of the Hotel has been accommodating and assisting them financially.”

Death toll in Plateau killings has risen to 17 - Police commissioner