Mannie Essien, a presenter with Cool FM 96.9, Lagos, today while presenting Breakfast Show a breakfast radio show of Cool FM, warned Lagosians about the presence of kidnappers in Lagos.

According to Mannie who claims that two women were kidnapped in Lagos and were only released after ransom was paid.

He said that he’s hoping to invite the family of the victims to speak with him on his show.

He shared screenshots of chats he received and said his informant, a former classmate, told him the police is aware of the kidnap.

According to the chats, one of the women was kidnapped on Admiralty Way in Lekki Phase 1 and a ransom of 1.5 million Naira was paid. Another was reportedly kidnapped on Falomo Road and her family was made to pay 3 million Naira ransom.

Below is the screenshot of the chat as shared by Mr Essien. 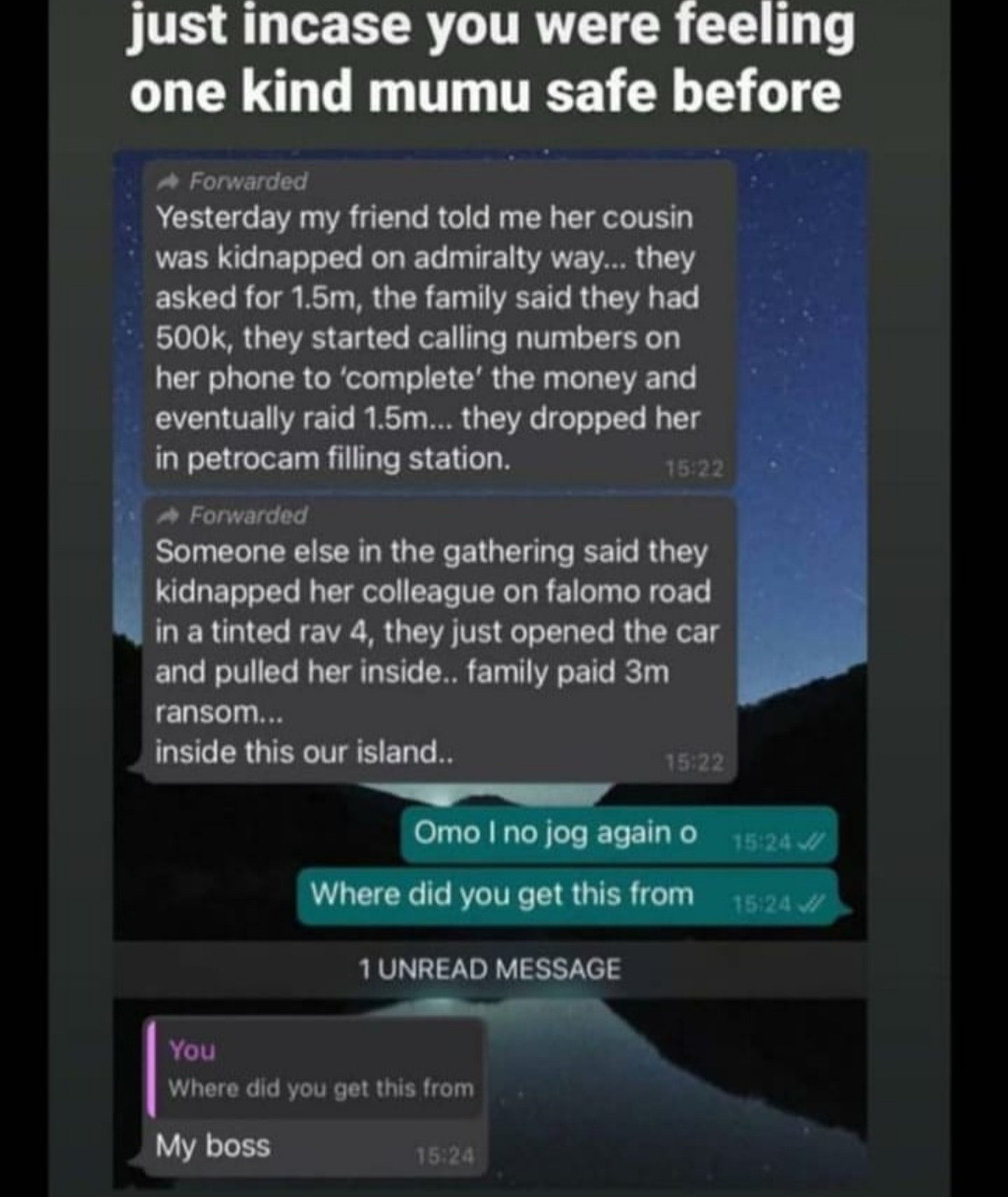